The history of Grey Abbey House

Grey Abbey House is considered to be one of the finest Georgian country houses in Ireland and has remained in the possesion of the Montgomery family since 1607.

The central portion of the house was built in 1762 by William Montgomery, whose portrait hangs in the dining room, depicting a solemn-looking man holding what is believed to be the architect’s invoice! The house retains many interesting architectural features and fine 18th century plasterwork.

In 1769 James Boswell was visiting the ruins of the Abbey and met William Montgomery’s eldest son, also called William, walking with his dogs and his gun; he invited Boswell to visit “the excellent house of Mr. Montgomery’s own planning”. Boswell also commented on the fine views overlooking Strangford Lough.

William died while serving in the army in America, so his brother Hugh then became the heir of the Grey Abbey Estate.

The unusual cantilevered dividing staircase in the main hall of Grey Abbey House dates from 1790 and is one of very few in Ireland. The Gothic windows of the drawing room on the garden side of the house were added in 1793 when Hugh married the Hon. Emilia Ward, daughter of the first Viscount Bangor who built Castle Ward.

This is now a National Trust property on the other side of Strangford Lough - half Palladian and half Gothic in design - as a result of a husband and wife who chose to live in different sides of the house and in different architectural styles.

One of their grandchildren, Hugh, married Lady Charlotte Herbert, daughter of the second Earl of Powis, and a great-granddaughter of Clive of India. She was an accomplished watercolour artist, and a pupil of Peter de Wint. Many of her paintings hang in the bedrooms on the first floor.

William was succeeded by his brother, Robert. Both were Major Generals and neither had any issue. Their brother, George, lived in China for many years, serving as Commissioner of Chinese Maritime Customs under Sir Robert Hart. Some of the ceremonial robes bestowed on him by the Empress have been handed down in the family.

The estate was then inherited by his son Hugh, who came to live at Grey Abbey after the Second World War, during which time the Electricity Board occupied the house. His eldest son, William, is the present owner. 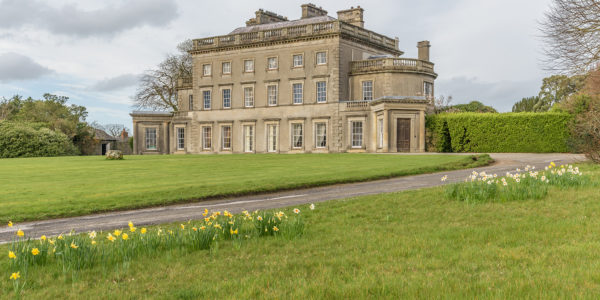 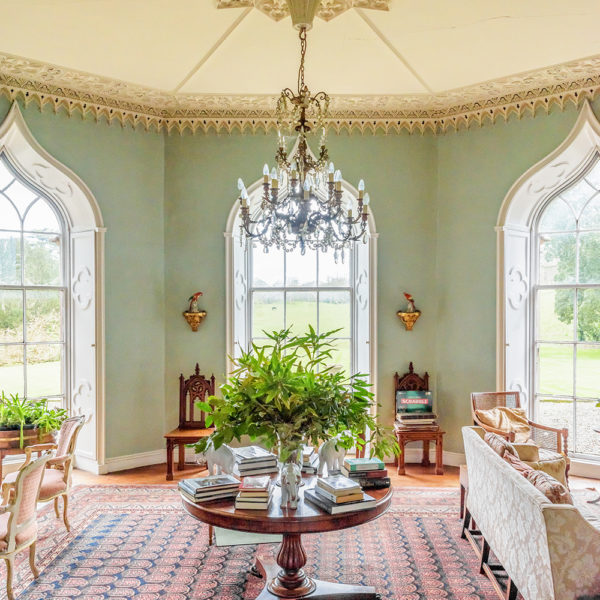 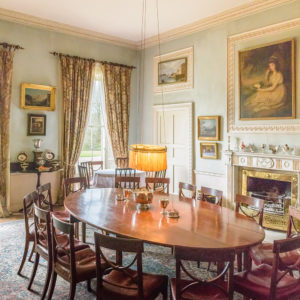 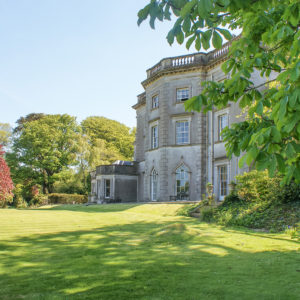